2 t flagpole on a Castle

The mounting of a flagpole at the manor Hohen Neuffen near Stuttgart could only be done with an aerial helicopter. The use of a crane in this situation would have been too costly, and nearly impossible. Because of the length, which measured at 20 meters, and the total mass of nearly 2 tons, we decided to use a heavy load helicopter. The K-Max, which is produced by the manufacturer Kaman, can lift up to 2.5 tons. This was ideal for this particular project. On the day before the actual project got on the way, the pilot had already placed the helicopter on the premises. Therefore, after sunrise the next day, the staff was able to immediately start preparing for the load flight. The helicopter placed the flagpole, which was on a truck, on an open grass area. In connection, the flagpole was flown vertically up to the mounting spot on the castle. It did not take more than 5 minutes until the flagpole was placed on its bolted foundation. The pilot followed directions given from the grounds team, as the two were connected via radio. The load rope offered a special automatic mechanism at the hook of the connection rope, which allowed us to communicate. Only minutes later did the assemblers screw in the last few bolts, and the flagpole was mounted. Since it only took 20 minutes to mount the flagpole, it left enough time for tourists to help raise the black and yellow flag in the city of Baden-Württemberg. 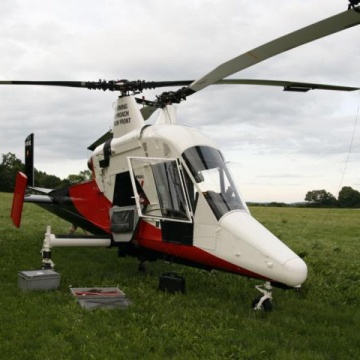 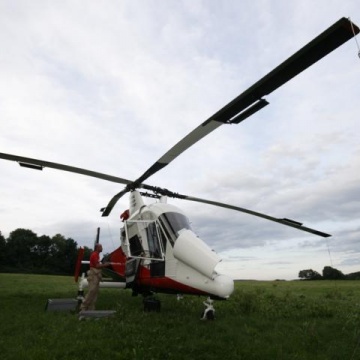 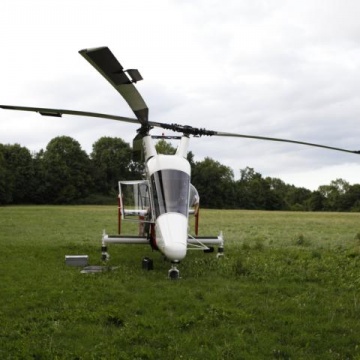 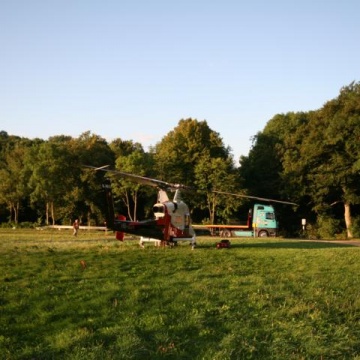 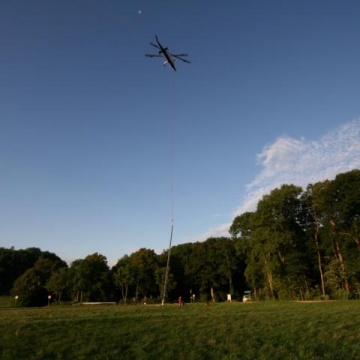 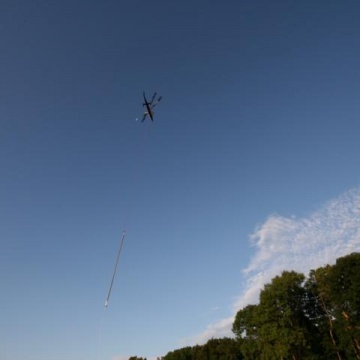 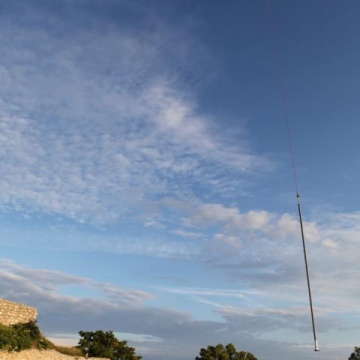 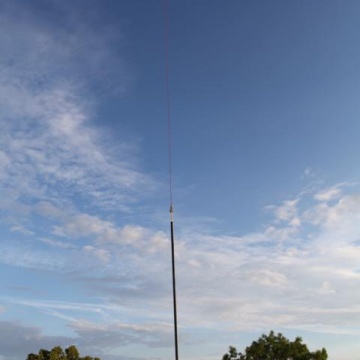 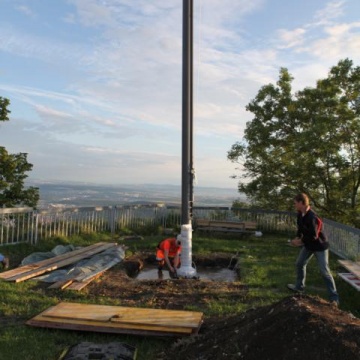 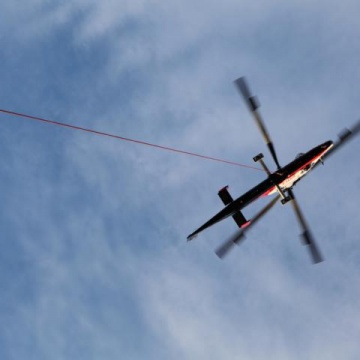 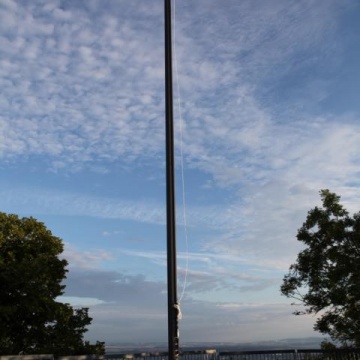 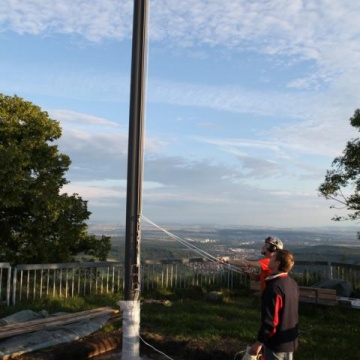