We value the privacy of our clients. That's why we only present a selected few of our missions here. 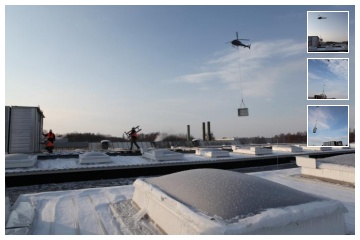 A leading global manufacturer for car batteries, which is stationed in Hanover, required the installation of some climate devices last week. A load helicopter flew over 20 vent systems onto the roof of a new production center. This was all done in one day. The trained pilot placed the parts of up to 1,200 kg in its exactly shown positions. The precision and speed, with which the carrier ... [more]

Two days at the university-hospital in Münster 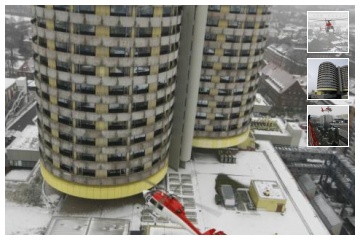 For the university-hospital in Münster the use of a helicopter is a daily routine. In the past two days, the employees experienced something so completely different. With the help of a helicopter, wooden boxes packed air conditioners were lifted to the chimneys of the ventilation system. Very large crates, standing over four meters tall, hung from the helicopter and were placed precisely over ... [more] 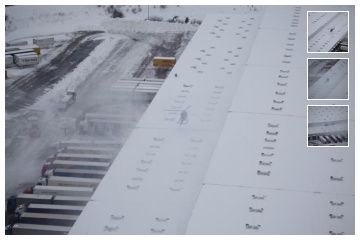 After the violent snowfall in December, the Lasten-flug.de team organized for several helicopters to clear snow from a rooftop. Mostly East Germany, where the temperatures fell below freezing status over several days, so that the powder like snow could be blown off by means of a high-powered helicopter. For this reason alone, we had several helicopters flying in different regions, all the way ... [more]

The works on a high-rise often require the use of a carrier helicopter. With one of our clients in Frankfurt, we took advantage of a very large load helicopter. Due to the circumstances, the use of a crane at the site was not possible. Even with this heavy load flight, it proved again that it is more cost effective to use a helicopter, then to rent a crane, which also requires construction ... [more]

In order to bring the last couple of climate devices onto the roof of a new production arena in the area, we let an aerial helicopter be of aid. A crane was able to lift most parts onto the roof, before we took action. For the middle of the arena there had to be another solution, because a second crane would have put a halt on business, and would have cost the company too much. Manager Adam ... [more]

At the manor in Heidelberg 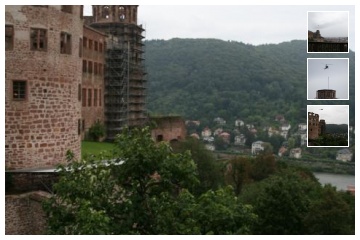 The assembly of a flagpole at the famous manor in Heidelberg could only be executed by means of a transport helicopter. In the closed-off manor park, a split engine type AS 355 landed. After communication with the grounds people, the helicopter took-off, even though there was some adversity with the weather. It took all of 15 minutes for the experienced crew to carry out this complicated ... [more]

Over the rail-station in Munich 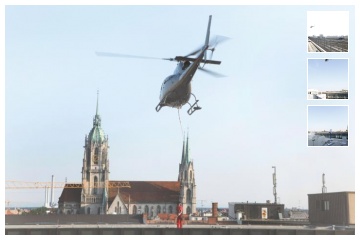 Near the central railroad-station in Munich, an aerial helicopter carried a fireplace onto the roof of a construction site. Because of the dense space within the development, the use of a crane was impossible. Even the neighboring areas were too small for a helicopter to land. Because of this, all necessary items for the load helicopter had to be transported onto the roof, by way of a very ... [more]

Short term at the Tower 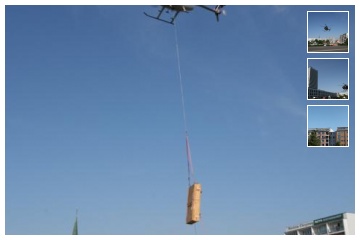 The damage of an air-conditioning system, led to the use of an aerial helicopter at a famous shopping mall in Frankfurt (Oder). Using a crane would take much more effort from personnel from the construction alone, and would be more expensive in terms of usage. Because of these factors, our client decided to take advantage of Lasten-flug.de and its services for its assembly project. The ... [more]

2 t flagpole on a Castle 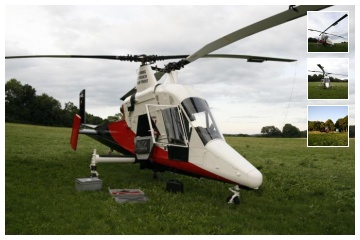 The mounting of a flagpole at the manor Hohen Neuffen near Stuttgart could only be done with an aerial helicopter. The use of a crane in this situation would have been too costly, and nearly impossible. Because of the length, which measured at 20 meters, and the total mass of nearly 2 tons, we decided to use a heavy load helicopter. The K-Max, which is produced by the manufacturer Kaman, can ... [more] 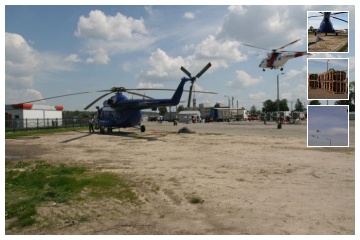 When a flood hit a well-known car manufacturer and its headquarters, we offered help from the sky. As the workplace was trapped by high waters, the manufacturer could not make any deliveries. This situation could have led to a huge loss of business for the company over the next couple of days. In a short time, we had arranged for a helicopter to deliver the parts to its destination via ... [more]

This past Saturday Lasten-flug.de helped a renowned publishing house in Düsseldorf lift some climate devices up onto its roof. At the same time, the mounting of the single air-conditioning parts was done after placing it. The load itself had to dropped exactly into four prepared bolts, for this to occur. The pilot and the team on the ground mastered this task, even though at times the six ... [more]

Rescue of a Cessna

After a fall of a sport-aircraft at an approximately 1100 m high mountain near Rosenheim, both passengers gave their life on October 2nd. In the rescue efforts immediately following the crash, the Cessna was located using a SAR aircraft. It was located nearly 100 meters under the mountaintop, in an extremely steep and wooded area. The area security was not able to get to the area of the crash ... [more]

Stuttgart - 25 tons onto a Mountain

Last month Lasten-flug.de carried out a spectacular project on a 602m high mountain on a load flight. For the extension of the vineyards, 20 tons of rock and soil and an excavator, had to be transported onto a mountain. For the major project a helicopter had to fly in, that was able to transport special carrier sacks, also called “Big Bags”. It took the selected pilot only 25 flights to place ... [more]

For the second time now is radio technology being lifted, with the help of Lasten-flug.de and its helicopter service, onto a roof of a house in Munich. The interaction between logistics, helicopter, and assemblers went smooth as usual. With a special net, the helicopter first transported the main parts to the mounting area. After that, a 600kg switchbox was lifted from a truck onto the roof ... [more]

Use at the Expo in Nürnberg

It was time again not to long ago: Lasten-flug.de was called on with its team and a aerial helicopter to take part at the expo in N&uuml;rnberg. The call was concerning a professional exchange of an air-conditioner. &ldquo;Using a crane was out of the question for us. Since the old device was sitting in the middle of the roof, the construction of a crane would have taken up too much ... [more]

In the city of Frankfurt Lasten flug.de carried out a special aerial-flight yesterday morning. Air-conditioning devices (see photo) had to be exchanged on the AfE tower. The tower is 116m high and sits on the campus of Bockenheim. Many students and tourists followed the use of the helicopter from neighboring towers with curiosity. They stood in front of partly large windows impressed with ... [more]

For Züblin and EnBW

At the building of a new power plant in Karlsruhe, we lifted metal parts by means of a helicopter onto a 140m high chimney. "If one compares the flexibility and speed of a helicopter, with the costs of a large crane, then the decision is made quickly", a building manger said at the large construction site. Our load-helicopter coordinator Sven Glocke agreed with that statement, and was ... [more]

Transporting “Gitterboxen” through the Air

When time is of essence and products need to be delivered to the supplier as quickly as possible, we have an answer. Should the stretch be to long or the load to heavy, we make sure you have a capable aerial crane. Standardized pattern boxes, also well known as &ldquo;Eurogitterbox&rdquo;, enable the simple and airfreight flight. Your goods are loaded into these boxes and transported with a ... [more]

This year Event-flug.de presented itself at Economy Day, hoping to give insight to people with interest in helicopter events. In the industrial hall in Bochum, all visitors were greeted by barkeeper Dennis, who had freshly served cocktails waiting. Discussions were held about different services offered not only in Germany, but all over Europe. Event-flug.de also introduced some new products ... [more]

This past Wednesday colleagues of Nokia Siemens Networks, the Van Eupen Spedition and the Lasten-flug.de staff met at the University Hospital in Munich, in order to lift a system cabinet onto the roof of the building. Based on the immense costs for a crane, the use and construction it would take, we made a helicopter available for a freight flight. After only 2 trips and 15 minutes of ... [more]

In the framework of a new product launch, by the company Magirus, of a new Fire Department Vehicle, we flew in a carrier helicopter this past Tuesday. With fireworks and floodlights, the new vehicle part was introduced as it was flown by a helicopter, and placed directly onto a waiting Fire truck. The part was placed exactly onto the vehicle, and was ready to get on the road. Visitors ... [more]